No it’s not a spelling mistake, for my house warming Party a while ago I thought I’d do some Sushi and also some Spanish food….. Hence the weird title!

You’ll also notice I might have caught the blogging bug and am uploading some of those hundreds of pictures I’ve been collecting!

I love Sushi but rarely have occasion to make it, it’s often easier to go to an expert for it, however on this occasion I thought I’d make the effort. It also gave me the excuse to buy a sashimi knife!

So I descended to Waitrose to procure supplies. I settled on some Oak Smoked Salmon Fillets ( thought that would be a bit of a twist) and some Tuna plus some great Padron Peppers for Tapas and some Roquito Peppers cook for paprika steak fillets later on.

Making the sushi was fun but I managed to overcook the first load of rice, so that had to be binned!

The finished Sushi was pretty good and didn’t last too long with my hungry friends.

The party started about 2pm and went on to the early hours so I was able to prepare things as the day went on to graze on. The Padron Peppers, an absolute favourite of mine in Tapas Bars, were great and so simple. 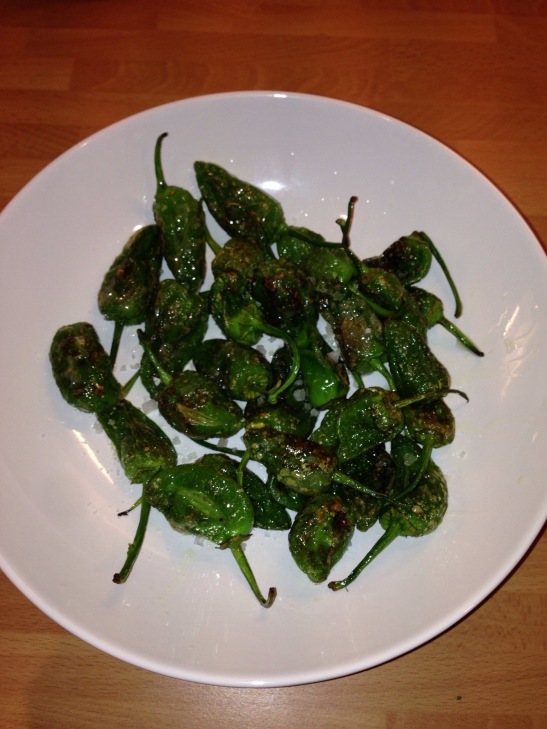 For those that lasted the distance into the evening ( I can’t really remember but judging by the bottles in my kitchen the next day we consumed an inhuman amount of Champagne, Wine, Beer and Cocktails! ) I cooked some Paprika Steak Rolls.

It was a lot of fun…….. Clearing up the next day with a sore head was not!!