Anyone who has followed me for a while will know that I’m a big fan of Rick Stein so it was with some excitement this week that I watched his new series “From Venice to Istanbul”. Amongst the myriad delicious things that Rick cooked were some Gnocchi with crab, it looked absoutely delicious and pretty straight forward so I thought I’d have a go too. I couldn’t source any crab so instead I used crayfish and basically made the rest up as I went along.

Making the gnocchi was really simple. I baked three potatoes then let them cool an scooped the flesh into a bowl,  seasoned with salt and then mixed with  a beaten egg and flour until the mixture came together to form a stiff dough. 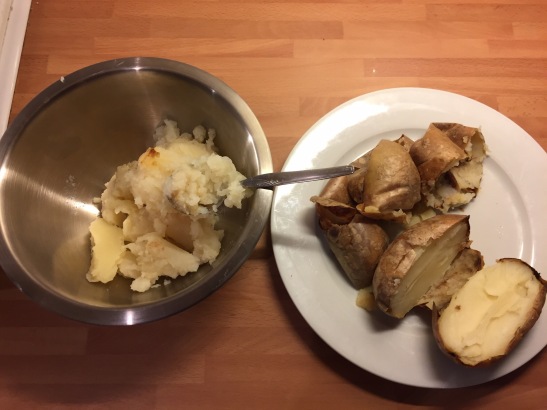 Then I rolled the mixture into long rolls about 1cm thick and cut them into 2cm pieces.

Once portioned up as above I slid the gnocchi into boiling salted water, they are ready when they all rise to the top.

Meanwhile I got on with doing the crayfish sauce. I diced half an onion and a clove of garlic and let them sweat in a good glug of  olive oil with a few chilli flakes, then I added a handful of chopped cherry tomatoes continued to cook a while longer before adding the cooked crayfish and a good knob of butter.

After a few minutes i added the cooked gnocchi, a handful of rocket and a good squeeze of lemon and seasoning, then served. 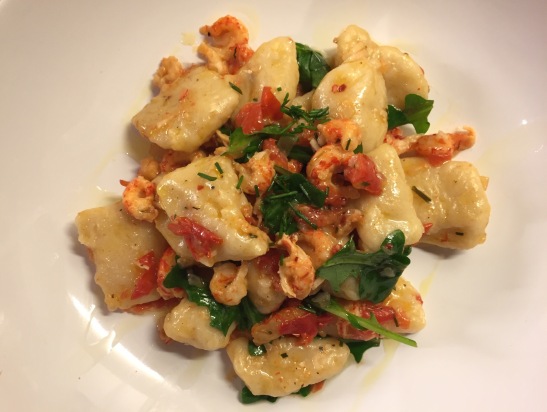 I’ll definately be making my own gnocchi again, so simple and a much better flavour than the shop bought variety. As part of my shopping local Saturday I also  went to my local wine merchant ( http://www.lamorbeywine.co.uk ) to pick up a bottle. The owner, Bob, usually has a bottle open for tasting at the weekend and on this occasion it was a fantastic Pinot Gris from the Alsace which went fantastically with the gnocci. 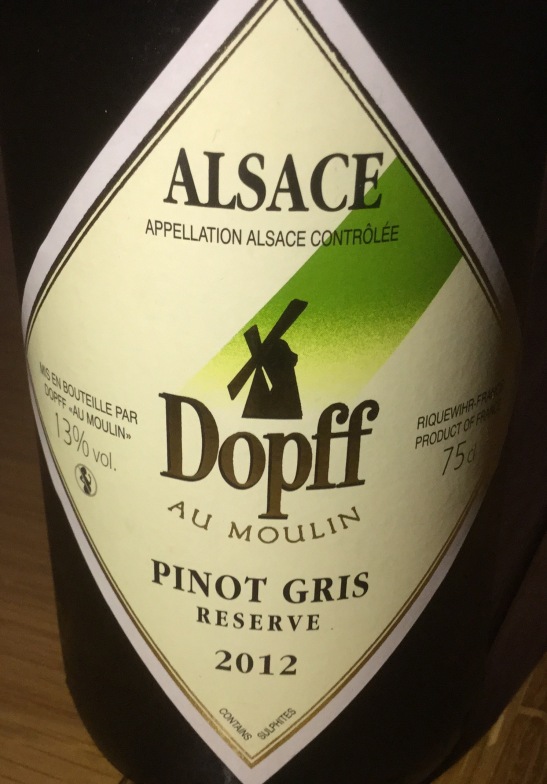 5 comments on “Crayfish and Rocket Gnocchi”